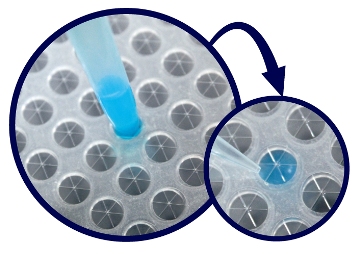 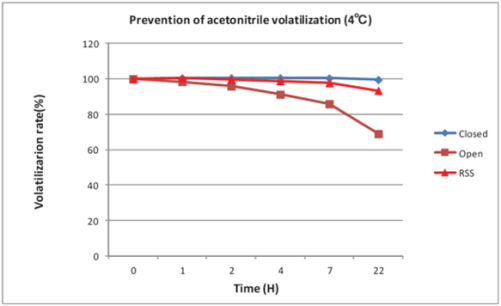 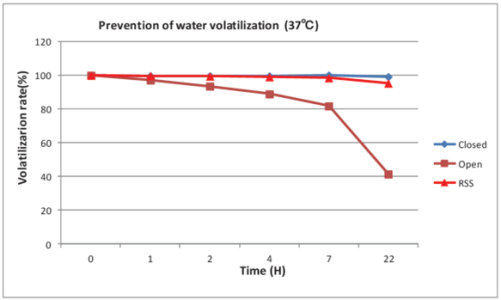 RAPID Slit Seal was evaluated the performance of airtightness by measuring the weight of plates over time for 22 hours. 150 ul of acetonitrile and water were dispensed to all wells. The plates were sealed with RAPID Slit Seal and stored at temperature of 4°C and 37°C., respeectively. As a control for complete closed system, aluminum foil seals were used to cover well plates at the same condition. Then, as a control for open system, plates without any cover seals were prepared as described conditions above. The results were presented in percentage of the decrease compared with time zero immediately after the sealing.