Category I: Columns for mid- to high-polarity compounds

For these compounds, a high-polarity stationary phase is suitable. More polar compounds are retained longer.

For these compounds, a low-polarity stationary phase is suitable.

In supercritical fluid chromatography (SFC), secondary interactions such as π-π and dispersion force* are stronger compared to high-performance liquid chromatography (HPLC). As a result, these columns are capable of unique separations in SFC.

* Dispersion force:
London dispersion force is a weak intermolecular force that results from dipoles temporarily induced from random unsymmetrical electron positions in two adjacent atoms, also known as "instantaneous dipole-induced dipole force". It is present in all molecules, regardless of whether they are polar or non-polar. Compounds with high polarizability have stronger dispersion force.

COSMOSIL 5πMAX and 5PBr were able to separate the vitamins. The PFP (pentafluorophenyl) column, which also uses a halogenated stationary phase, could not separate them. The dispersion force used by PBr interacts more strongly with larger molecules. PFP, which is a smaller molecule, does not exhibit this selectivity. 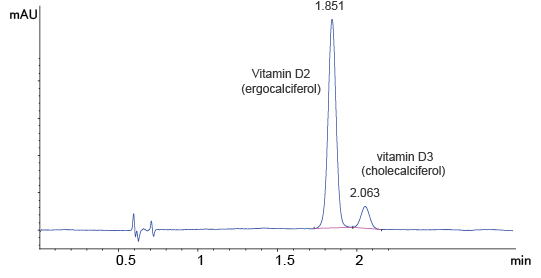 These polystyrene samples with different degrees of polymerization are likely separated by number of monomer units. COSMOSIL 5πMAX and 5PBr were able to separate the high-MW polystyrene. 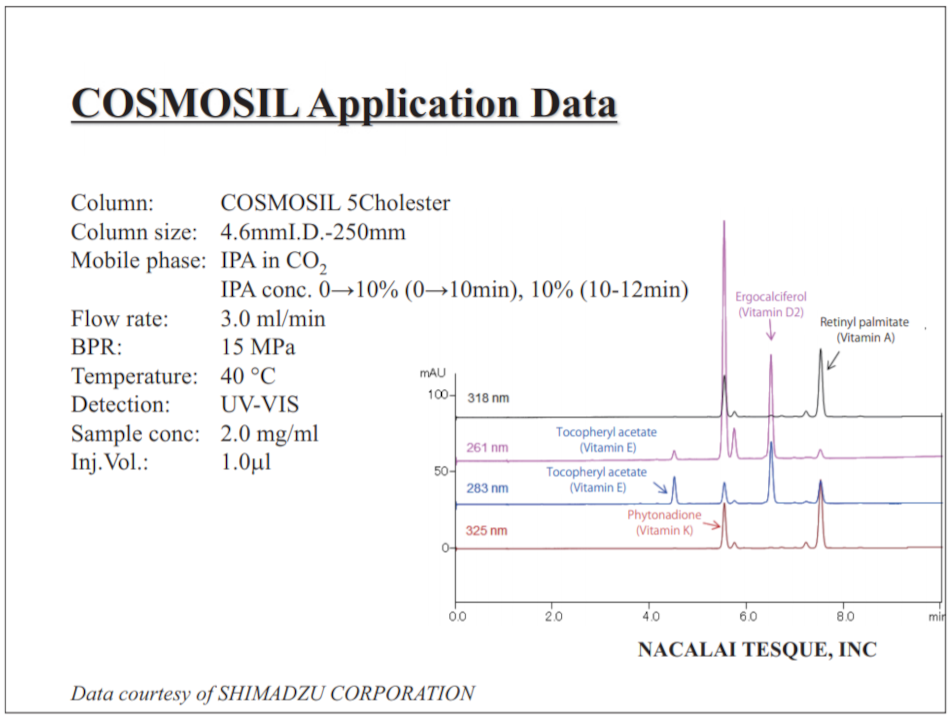 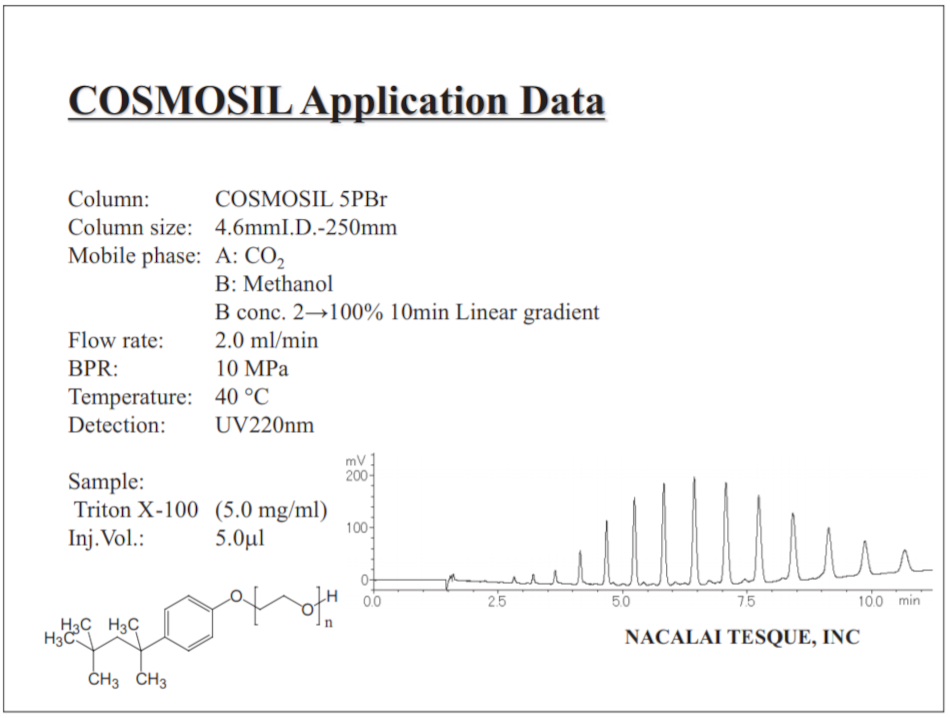 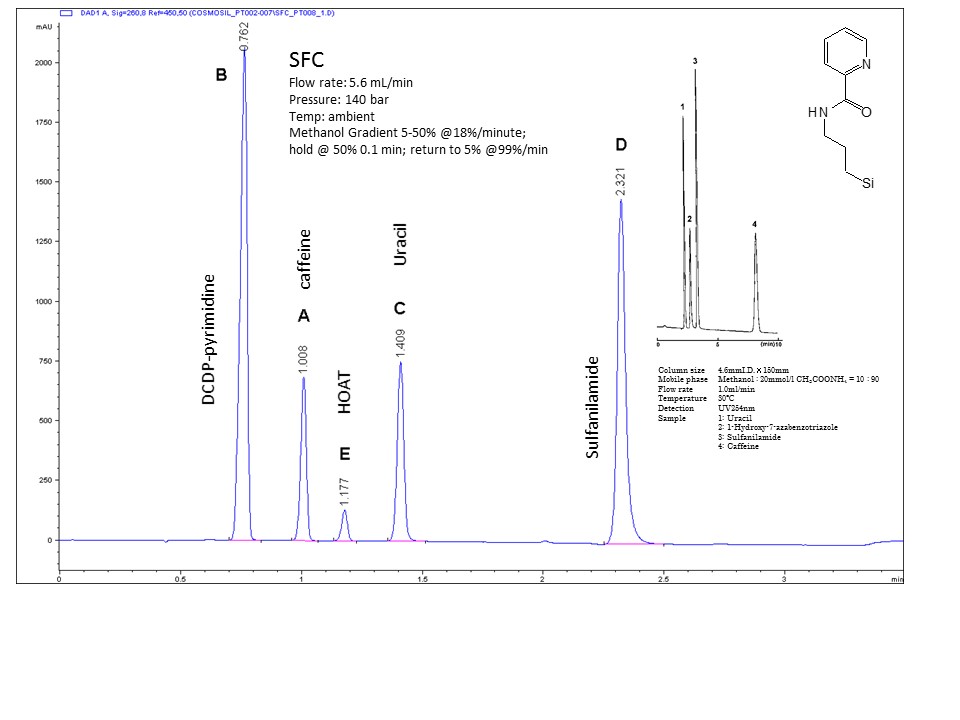 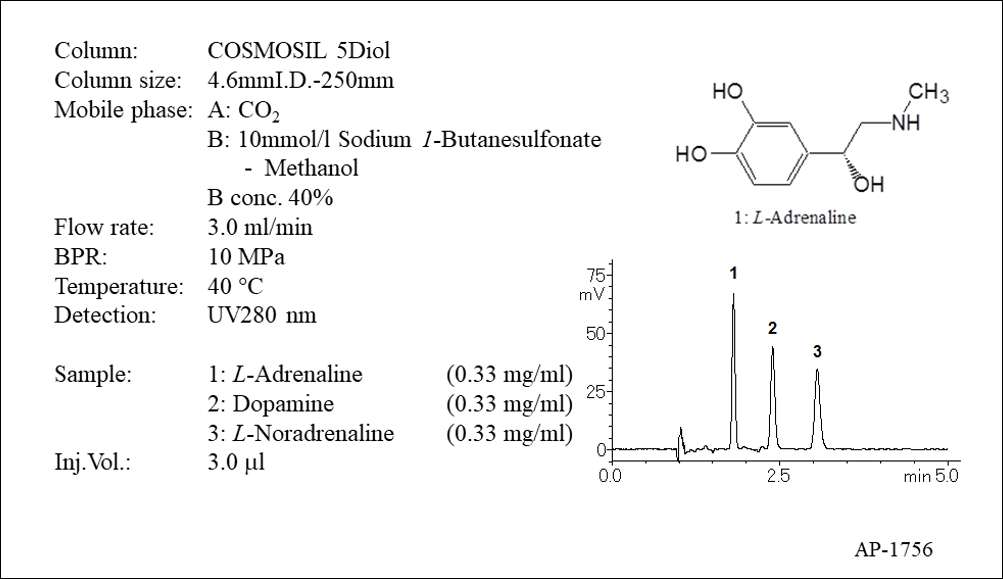 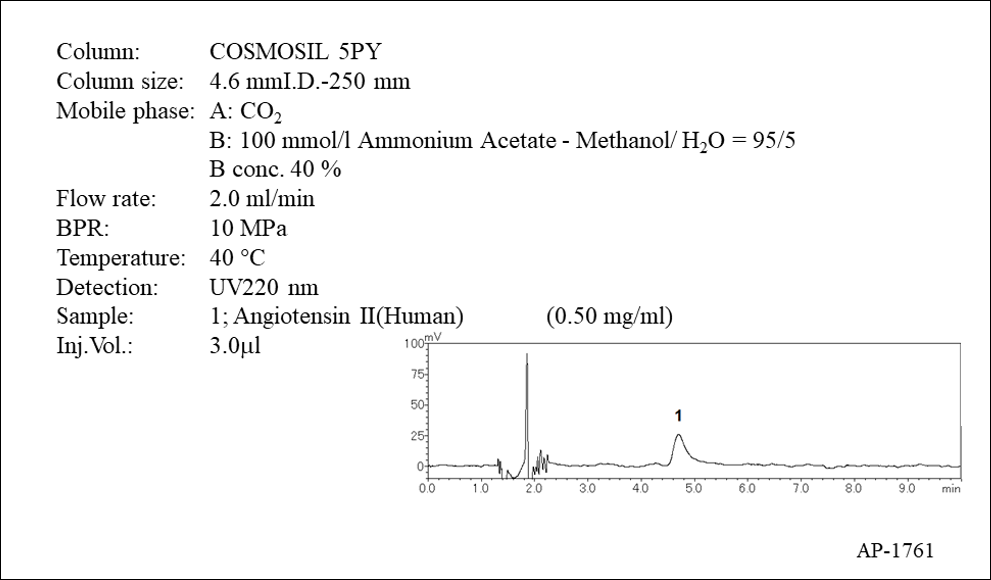 COSMOSIL Application, which includes more than 7,700 applications using COSMOSIL/COSMOCORE columns, is now usable by clicking the link below which is in Nacalai Tesque, Inc. The application is searchable by sample category, sample name, CAS No., column name and particle size